Tinting and The Law 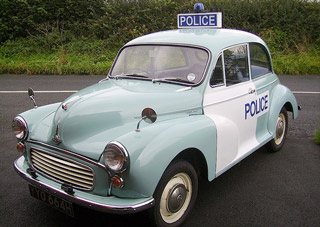 Due to a minority of drivers having excessively dark tinting applied to the front windows of their cars, the government has been forced to act in the interest of road safety, following a fatality involving a heavily tinted car and a motorcyclist where the tinting was blamed for the reduction in the drivers vision which was said to be the cause of the accident.

As of January 2004, Section 32 of the Road Vehicles (construction and use) Regulations was amended to include 'Window Tint Films' where such materials restrict the VLT (Visible Light Transmission) of the forward windows. The amount of tinting is restricted to films which allow less than 70% VLT. This in effect bans virtually all tinted films on the front windows of cars. Windows behind the door pillar behind the drivers seat are not effected. This is known as the B-Post. Safety and Security films of course are not affected as they are clear.

If a motorist has tinted windows forward of the B-Post he/she risks being stopped by the police or VOSA. The degree of tinting affects the action taken. Providing that the tinting allows more than 30% of visible light to pass though, then the officer will give the driver either a 'Rectification Notice' or a 'Delayed Prohibition Notice'. This will effectively mean that the vehicle owner has usually ten days to get the tinting removed and inspected. If the tinting allows less than 30% of visible light to pass through, then the vehicle can be issued with an Immediate Prohibition Notice. This means getting out and walking or rectifying the window on the spot! The vehicle is deemed to be in a non-roadworthy condition and may not be driven on public roads until the glass has been inspected and found to be compliant with the new legislation. Depending on the severity of the offence, the driver may collect some points and fines following a prosecution for driving a vehicle in a non-roadworthy condition or even dangerous condition.

Driving a vehicle with illegal tinting on the front door windows may also invalidate the drivers insurance cover. All window tinting needs to be declared as a modification to insurers.

If you have a vehicle which has tinted front windows that may be illegal we can soon tell you and remove the film if need be for a small charge.